Our local mutated groundhog hamster walrus has come out and provided you all with a dev vlog! First to make its appearance in the video is tw_temple, a PVKII classic created by Crazytalk, that is now getting an update from soon-to-be-developer Schatzmeister! Starting with the caves, Schatz has carved in assets contributed by Yanzle (cs_castle, de_resort), to give the area a much needed visual enhancement that really just rocks and rolls. This is indeed an eeriely, beautiful upgrade that does the classic proud!

And of course, our next class to be released, the Viking Bondi, makes his appearance in the video. After being excellently modeled by Corvalho, we have begun testing the Bondi in its early alpha stages. While it is our primary focus to continue to polish PVKII short-term, we are aiming to release classes to the community sooner than we have in the past.

Enjoy Temple progress and WIP Bondi Gameplay in the video below: 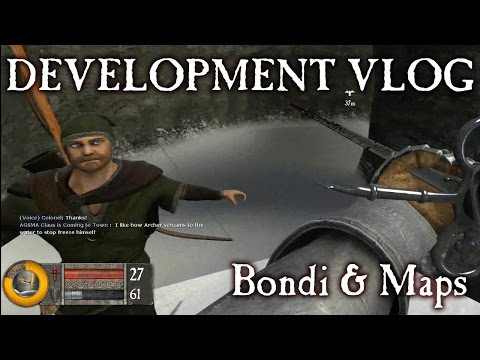 
We have the pleasure of working with a new Authorized Creator in Links, a very passionate animator, who is helping us add necessary polish to our character classes and gameplay.

An update for PVKII has been released. This update is fully clientside, so servers don't need to be updated. Thanks to Felis, Spirrwell, and Koko (+testers)!


Changelog:
- Fixed DLL Init() fail if the game started offline or without Steam connection
- Fixed a client crash in Pinegrove caused by achievement code
- Fixed issue on Linux/Mac that displays only first letter on voice menu and damage display
- Voice status dead icon no longer shows up on spectators
Achievement fixes:
- Fixed achievement progress not being stored in Steam
- Fixed Kick Up A Fuss having blank title
- Fixed a hidden achievement not being hidden
- You're Not So Special now ignores chest special Happy New Vlog Jan 2016
Catch up on our previous news post and watch our Glacier WIP gameplay vlog. Let us know what you think in the vlog forum thread

Less is Moorish
We are experimenting with a new updating model to bring content and bugfixes more often, so you don't have to wait months for a single update.

Achievement Art Community Contribution!
If you are interested in contributing vector art for PVKII achievements in our upcoming release, visit our the thread in our forums.

Follow us on Trello for the latest development buzz, and as always, follow us on Facebook and Twitter for more updates and let us know what you think in the comments below and our forums!