PVKII 3.0 Just Over the Horizon

Crazytalk TerminatorPVKII Team
September 2014 edited 7:23AM in PVKII News & Announcements
Octoshark Studios is excited to announce that Pirates, Vikings and Knights II version 3.0 is almost here! With it comes the Source SDK Base 2013 update. This means PVK will now be standalone with support for Linux and Mac, and multi-core rendering. For a quick look at what this release has to offer, and when it will be ready, see the trailer below. 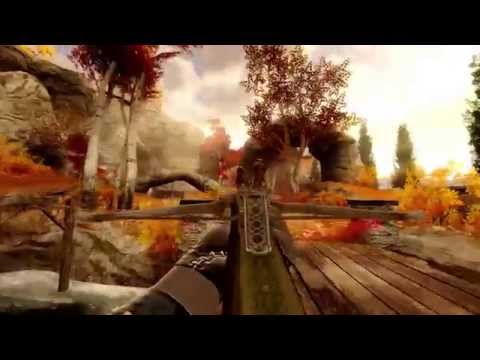 
The Man-at-Arms is the 3rd class to join the knights team in PVKII. Brandishing a Mace and Buckler for defense, Halberd for offense, and a Crossbow for picking off enemies, this Frenchman is known for his over-the-top taunts and hilarious demeanor. Check out some of his voice commands and achievements below.

If you cannot see the SoundCloud players, click here.

[soundcloud]
The Man-at-Arms takes pride in his ability to taunt his foes. His tongue is as sharp as his Halberd.

[soundcloud]
This is just a taste of the arsenal of voice commands at the Man-at-Arms' disposal. Voiced by Weaver.

Variété
Kill with each of your weapons in a single life.

bt_pinegrove is a new booty map by Gaz -- the creator of Island. Pinegrove is modelled off of the original PVK1 map that was loved by many. The map takes place in a peaceful forest. Fight off your enemies and hold onto as much treasure as possible in this spectacular remake of a classic!

te_cara is a brand new territory map featuring two moving territories. Started by Jahhur, the creator of Frostbite and Cathedral, this beautifully crafted map has also received love from Jimonions, Lhorkan, and Sir Bubbles. Work as a team to capture the territories and dominate your enemies!

te_sandstorm may not be a new name to the game, but the map has been completely remade by Ubermann. The style and atmosphere of this desert wonder will whet your appetite as you fight to control the food, water, and weapon supplies.

Some of our prop modelers and texture artists have also helped contribute to these maps. Sandstorm includes props by Alurios7, Juicyfruit, Nordoceltic, and textures by Skuee. James Davis is currently working on horse models for the territories in Cara and a few other surprises in maps like Catheral.

If you cannot see the Soundcloud players, click here.
Pirates:
[soundcloud]
Alestorm's lead singer, Christopher Bowes, recorded these Pirate announcer lines for us. Alestorm is a Pirate-themed heavy metal band out of Scotland with hit songs like "Keelhauled" and "Wenches & Mead." Check them out here.

Vikings:
[soundcloud]
Our very own Rejenorst was kind enough to record these Viking announcer lines. You may remember Rejenorst as the man who did the original Pirate and Viking voice commands.

Knights:
[soundcloud]
James "Grand Master Jaldaboath" Fogarty, lead singer of Jaldaboath, lent us his knightly voice for this announcer. Jaldaboath is a Medieval Templar Metal band based out of the UK. Their song "Hark the Herald" is featured in our trailer above. Check them out on Facebook.

As we close in on this heavily anticipated release, look ahead for a full changelog. Keep an eye on our Social Media feeds for more!